The boat that rocked

Today has involved a mixture of survey methods, with the early hours involving finishing the remainder of the priority grab sites. The next task of the day was to focus on getting video footage from a subset of those areas from which we had already taken grab samples. The visibility at this survey location is really good and we could get a clear picture of the seabed. The sediment here ranges from coarse sand with the odd pebble or cobble to much coarser gravelly sediment with boulders. There is a lot of Hornwrack (the bryozoan Flustra foliacea)  growing on cobbles and pebbles in the sediment as well as cushion stars (abundant Porania pulvillus but also Hippasteria phrygiana which apparently is rather rare in British waters) urchins, anemones and plenty of squat lobsters and crabs. The squat lobsters and crabs were especially prevalent in the areas containing cobbles and boulders. 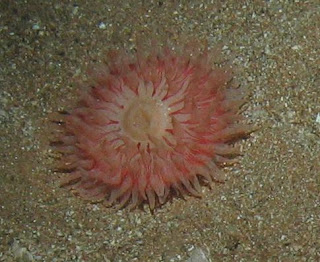 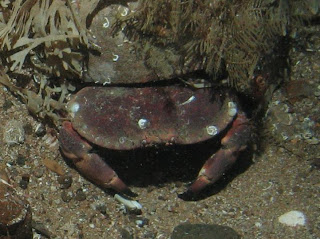 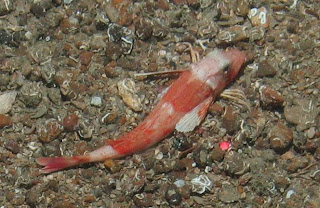 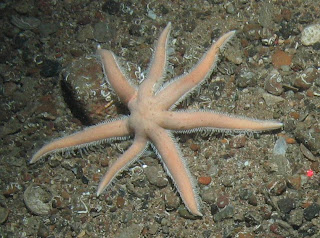 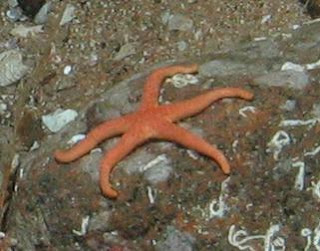 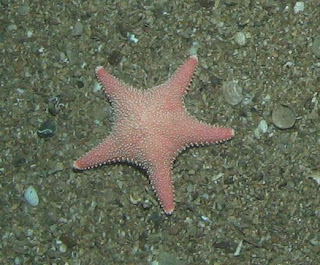 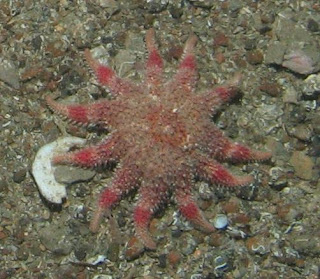 The day shift continued with the camera tows. We also planned some supplementary multibeam lines, in case we got some rougher weather which was forecast to arrive towards the end of the day. The four ‘corridors’ of additional survey lines ran in a north-south direction and supplemented the east to west survey lines, providing a grid of acoustic data. The new lines were placed across many of the planned drop-down camera tows and Hamon grab stations within the area. Due to the sheer size of the site, it won’t be possible to get full acoustic coverage….that would take many days of intensive multibeam survey. The intersecting lines that we have planned should nevertheless provide a set of acoustic data which are representative of the area. Towards the latter part of the day, the wind picked up and the sea became a little too rough to use the Hamon grab, so we switched to the planned multibeam lines to finish off the day.
Posted by Alice Ramsay at 12:55