The night shift started surveying this site at midnight taking grab samples, doing video tows and collecting multibeam data. So far we've covered 11 sample stations, but as this is a very big site it should keep us busy for the next few days.

Whilst we've been working we've been lucky to see some spectacular sunrises and some interesting sea creatures! 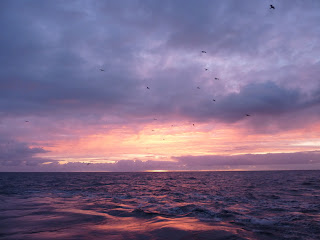 A lot of the stations we've sampled so far have been coarse sediment made of shelly gravelly sand. At these stations we haven't found many species living on or in the sediment. However, in more cobbly areas the marine life has been more diverse. So far we've seen a cuttlefish, a red gurnard, several seastars, anemones, sea urchins, several other fish species, bivalves, scallops, and last but not least a lancelet (curious? see link). 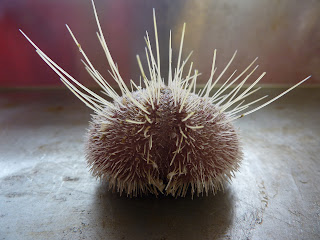 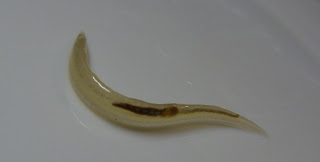