Having arrived back at Western Channel rMCZ yesterday, the day shift began where we all left off on (a very choppy) Thursday. The night shift took over at midnight and have been working like a well oiled (and slightly bleary eyed) machine through the night to get as many stations as possible sampled. Although the site is a large one, we are hoping to be finished with the sampling by midnight tonight and then steaming off to the next one! The next part of the trip is being planned at the moment but we should be heading somewhere close to the Isle of Wight to continue gathering important data for the MCZ project.

During the night we have taken videos of a shelly, sandy, gravelly seabed with interesting ripple features. 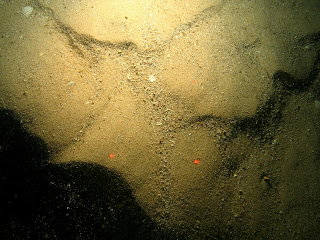 On this type of ground there aren't many animals to be seen living on top of the sediment. When taking grabs of these areas we did however find a good example of the crab species Eurynome spinosa (amongst other things) which you can see below, checking himself out in the ID book. The communities living within the sediment will be analysed by experts when we get back. 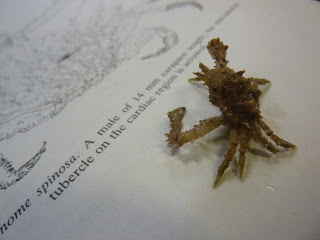 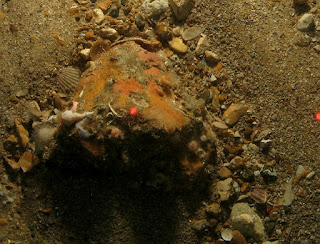 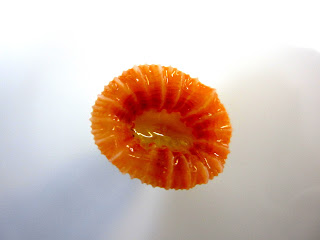 Close up of Devonshire cup coral 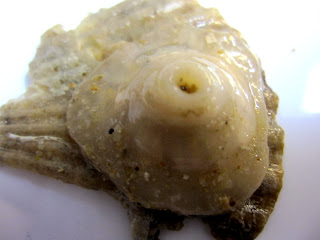 Close up of anemone (tentacles in) living on shell fragment

We're now looking forward to seeing what the next shift has to offer!
Posted by Hayley Hinchen at 08:13