The night shift have been working since midnight to finish off collecting grab samples and video tow data from the site at South Celtic Deep. When putting down the camera on the grab sampler, we found the ground quite cobbly in places. This meant that we had to use the drop camera to take video and photographs of the seabed in these areas. We saw some great invertebrate marine life living on the seabed, although most of the fish were too quick for us to photograph! 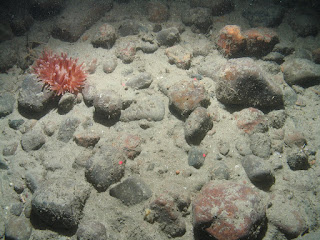 We had a few problems with the camera during the night as it kept turning its flash off and our video and photographs came out dark and blurry. When the problem was fixed by the technical team we managed to get some more good snaps of the interesting marine life living on the cobbles. 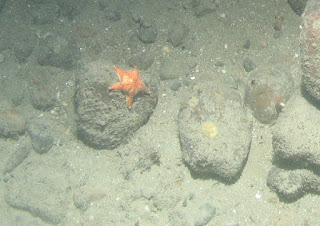 Cushion star
We even managed to pick some up in our grab samples for sieving... 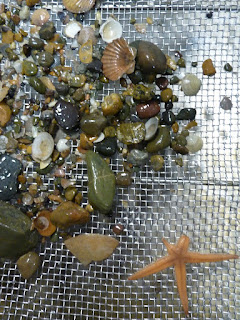 We will shortly be steaming down to our next site, Western Channel, where we're sure some more surprises await us. So, goodnight (for us) and we'll be back soon!