Interspersed with the collection of the acoustic data we previously posted about, we have also been taking videos of the seabed throughout the area in the hopes of finding possible MDAC. The drop camera (see picture below) is deployed over the side of the vessel and feeds real time video footage of the seafloor to us in the onboard lab. Another piece of equipment unique to this survey is a methane sensor that we attached to the camera frame. The ‘methane sniffer’ measures the concentration of methane in the water column and will help us to identify if there are any active methane seeps. 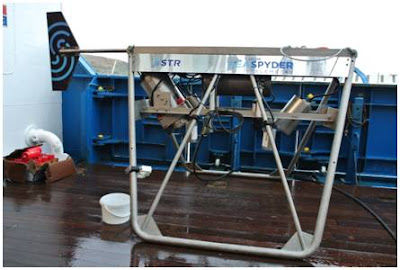 A number of the video tows have shown images of what we believe to be MDAC throughout the survey area. This ‘possible’ MDAC comes in all shapes and sizes and there are often a number of interesting creatures either attached to it or hiding under MDAC ledges. 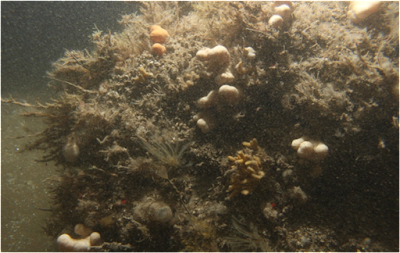 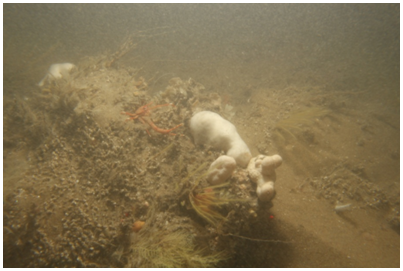 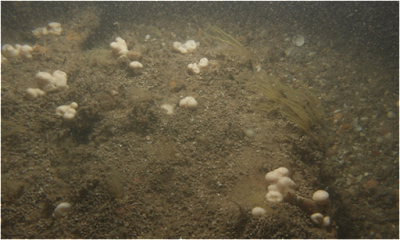 By Alice Cornthwaite and James Albrecht
Posted by Unknown at 14:09