Farewell to the Field, parting with the Plain

Hello once more from the Scotia, where our survey has drawn to a close and we have begun our 12 hour steam back to Aberdeen from East of Gannet and Montrose Field and Norwegian Boundary Sediment Plain Nature Conservation Marine Protected Areas (NCMPAs). 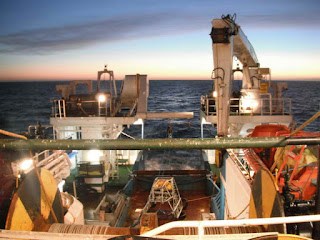 As the sun sets on the last day of the survey, the MRV Scotia heads back to Aberdeen © JNCC, 2015.

So, what have we achieved in our 2 weeks out here in the middle of the North Sea?

Despite losing some time to bad weather, we have collected all of the data we originally set out to collect, as well as some additional camera sledge transects. Thanks to the persistent hard work of the crew and scientists aboard w,e now have a comprehensive dataset describing the animals and seabed habitats at both sites that will be used to help inform the monitoring work described in earlier posts. 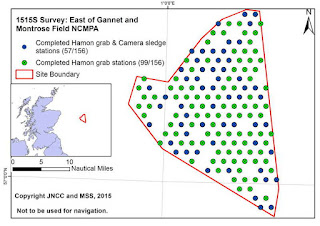 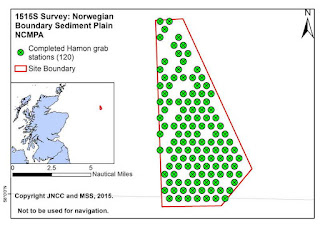 It is with many thanks to the captain and crew of the MRV Scotia and our Marine Scotland Science colleagues for their efforts on this survey that this account closes. Please check back with us soon for more survey action, this time from Croker Carbonate Slabs Site of Community Importance (SCI) in the mid-Irish Sea! 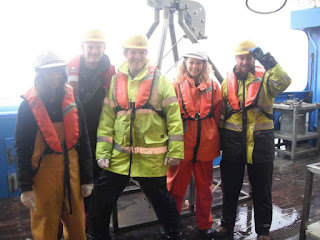 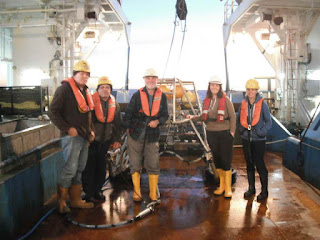