JNCC has recently completed a lead scientist training cruise hosted by Cefas aboard the RV Cefas Endeavour. The survey was staffed predominately by JNCC staff, with support from senior Cefas and JNCC scientists and the ship’s crew. The aim of the survey was to train JNCC marine staff up to a level where they could lead future JNCC seabed surveys. 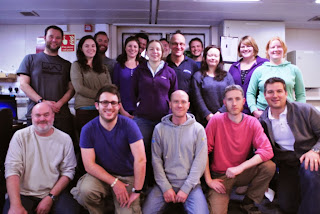 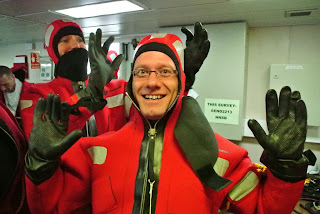 The training was carried out on the first survey leg of the North Norfolk Sandbanks and Saturn Reef Site of Community importance (SCI). The vessel returned to Lowestoft on the 12th November to swap off some of the JNCC staff for Cefas scientists and then the vessel will return to site. Two JNCC staff will join the second leg of this survey. The SCI is located in the southern North Sea and has been designated under the Habitats Directive for Annex I sandbanks and biogenic reef.  The North Norfolk Sandbanks themselves are a series of ten main sandbanks and associated fragmented smaller banks formed as a result of tidal processes and Saturn Reef is a biogenic reef formed by the polychaete worm, Sabellaria spinulosa.  The banks support communities of invertebrates which are typical of sandy sediments in the southern North Sea such as polychaete worms, isopods, crabs and starfish. They extend from about 40km off the north-east coast of Norfolk out to approximately 110km. 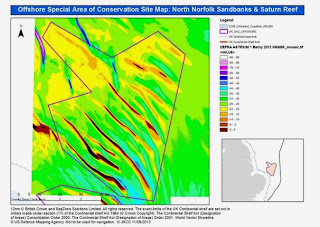 Sabellaria spinulosa biogenic reef, is a fragile structure, comprising thousands of delicate sand-tubes made by ross worms (polychaetes) which have consolidated together to create a solid structure rising above the seabed. Last week, during the training survey, a number of areas of S. spinulosa were identified, which will now need to undergo assessment to see whether they meet the criteria for reef. 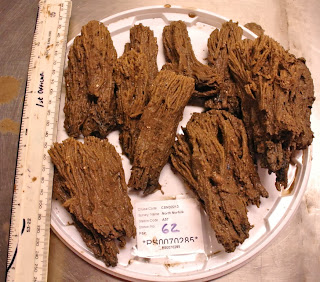