Another successful survey aboard the Cefas Endeavour

We’ve now come to the end of our allotted survey time at North Norfolk Sandbanks and Saturn Reef SCI and were very lucky with the weather given the time of year! We have been gathering evidence on site now since the 5th November and have lost less than two days in total to unworkable conditions.

We managed to survey five areas in detail where Sabellaria spinulosa reef had been previously recorded , collecting 100% acoustic data in these blocks with accompanying video and grab samples. In some areas, it was very clear from the sidescan sonar signature that there was reef on the seabed. The image below demonstrates what I like to call a “mackerel’s back” pattern indicative of a well-developed reef in the centre (clearer in the darker areas).

The images below were taken from some of the areas identified on the sidescan image above and demonstrate the type of reef that Sabellaria spinulosa can form. In order to determine whether the aggregation of worm tubes constitutes a reef feature, the extent, height and patchiness will need to be considered back in the laboratory. 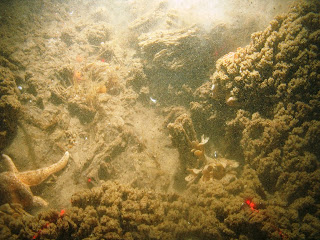 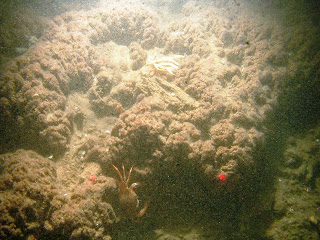 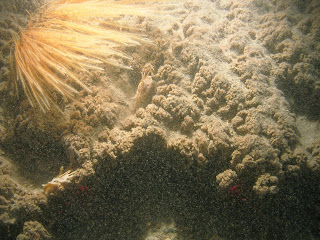 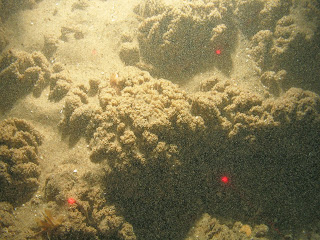 The presence of live Sabellaria was confirmed by taking samples from the seabed, which can also give an idea of the scale of the worm tubes. Some tubes, such as those in the image below, were well in excess of 10cm.

We also managed to take 85 Hamon grab samples from across the sandbank features and map the profiles of the sandbanks using multibeam. Given that the draft of the Cefas Endeavour is 5m (or 6.2m with the multibeam blade down) and that some of the sandbanks are less than 7m in depth, we had to be very careful when sampling the crests of the banks to ensure we didn't get stranded!

I'd like to say a big "thank you" to Paul Whomersley for all his hard work during the cruise and shift leads Chris Jenkins and Joanne Murray for keeping the scientists motivated. Once again, the Endeavour scientists and crew worked around the clock to ensure we gathered all the data that we needed to. 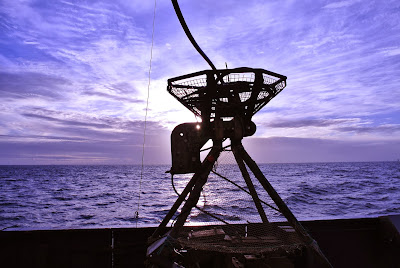