The weather over the last week has been remarkably good and we have now nearly finished surveying Mid St George’s Channel, our fourth and final survey area.  As with the other survey areas, we are collecting samples of the seabed with the Hamon grab and collecting video and stills with the camera drop-frame. 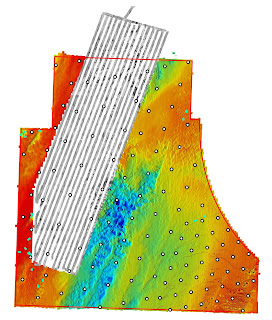 Below are macro photos of some the creatures we have already observed in the grab samples at Mid St George's Channel: 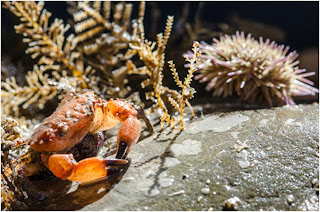 A small world on a cobble: from a Hamon grab sample, a crab (Xantho sp.) with eggs, a sea urchin (Psammechinus miliaris), hydroid (Diphasia sp.), and encrusting bryozoa. 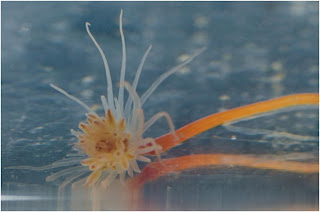 This is a hydrozoan (Tubularia indivisa) we found in another grab sample. These animals are related to anemones, jellyfish and corals. Its tentacles, with which it feeds, have opened here in our makeshift aquarium. 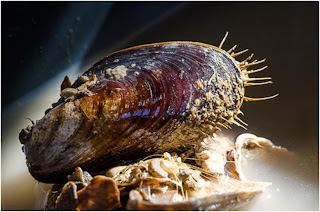 A northern horsemussel (Modiolus modiolus) specimen found at Mid St George’s Channel. This organism can form extensive beds or reef on the seabed. 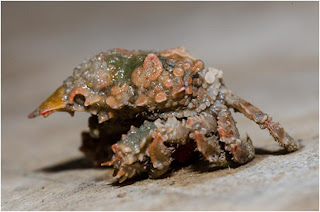 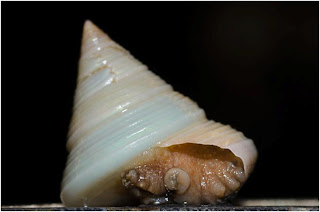 At night, we observed many small-spotted catsharks, some of which seemed to follow the video camera. Here is one posing for us alongside some Flustra foliacea: 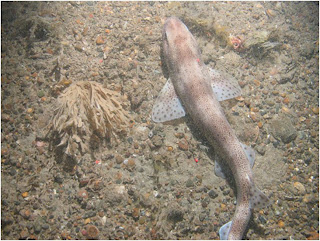 The day-shift discovered a wreck teeming with life on one of their camera tows. They had to be especially careful with the camera frame to ensure it did not snag on any of the projecting structure. Below can be seen a colony of Ross coral (Pentapora fascialis) and whelk eggs amongst the wreckage: 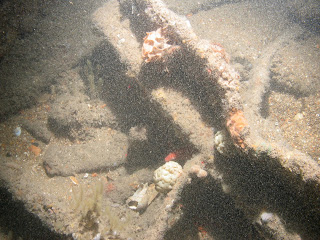 The night shift at daybreak, midway through a 12hr shift: from left to right, Alex (the boss), Marc, Ian, Steve, Paulette, Buster and Eleonora. In the foreground is Dave. 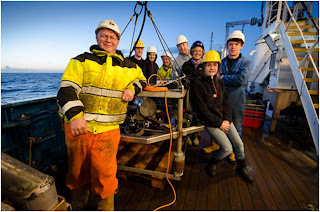