It appears Swallow Sand is indeed aptly named. Not only have we found lots of sand, but several swallows have appeared on the ship. They like to fly into the general lab where we watch the footage from the camera sledge. It started with one or two then last night there were 13 swallows huddling together outside the bridge. 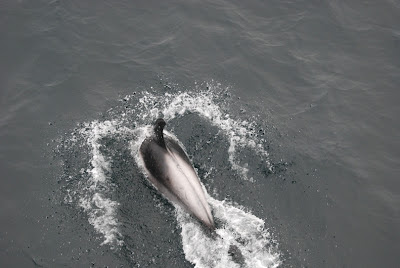 Posted by Fionnuala McBreen at 21:02