The area that we surveyed during SCANS 3 was made up of habitats that are very difficult to access in the UK. Our survey effort was centered on the shelf break, or over deep 'off-shelf' waters (3000 m at some points), with out transects taking us over the occasional seamount or bank. As such the suite of species we recorded was very different to what you might expect to see from land, or even on a more inshore survey. Some species such as northern gannet and fulmar are encountered throughout the marine environment, and we saw our fair share of those, but otherwise, we mainly encountered pelagic specialist species.

An obvious difference from surveying in inshore waters was the lack of gulls and auks. These groups make up a large proportion of the birds seen on inshore surveys, but out beyond the shelf edge they were few and far between. Puffins (usually immature birds) were seen occasionally, as were guillemots, but the only gulls we saw were the occasional kittiwake and the even more occasional lesser black-backed gull. Instead of these, the birds we encountered most frequently were various species of 'tubenose' - birds adapted for a life at sea, with a keen sense of smell to help them locate food. We saw plenty of Manx shearwaters, probably birds on foraging trips from one of their breeding colonies. We also encountered several sooty shearwaters, which were on a much longer journey, partaking in their annual loop of the north Atlantic having bred in the southern hemisphere. 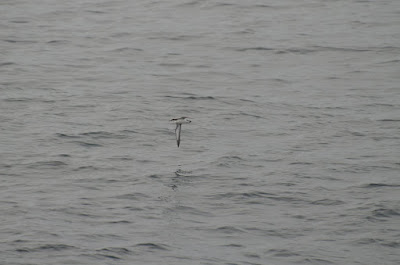 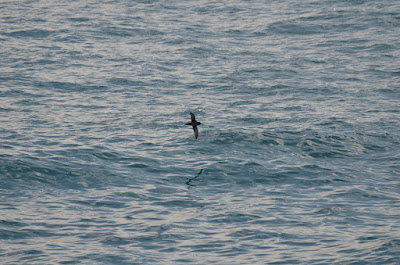 We also recorded European and Leach's storm petrels regularly. These tiny seabirds live and feed offshore for most of their lives, and during the breeding season, only return to their colonies at night, to avoid predators. Unfortunately their small size makes them difficult to photograph so you'll have to make do with this rather poor effort! 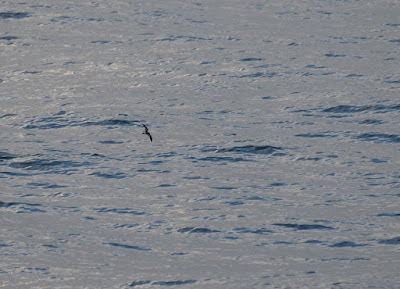 One species it was much easier to photograph was the long-tailed skua, as several of them came in to the boat to have a look. We encountered 53 of these birds in total - many more than we were expecting - the vast majority of which were immature birds. Little is known of the at-sea distribution of immature birds during the breeding season, and encountering this many in UK waters in the summer is certainly unprecedented. There is so much to still learn about seabirds and their distributions, populations and habits at sea, and hopefully, continued monitoring of seabirds at sea can help us discover more and more about them. 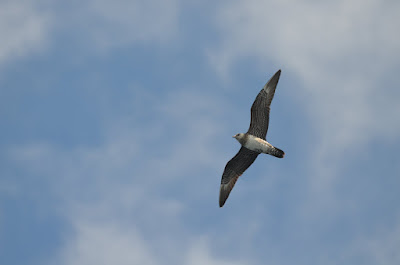 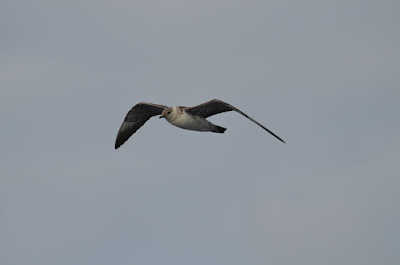