Hello once more from the Scotia, where our survey has drawn to a close. We have now begun our journey back to Aberdeen, on Scotland’s East coast, from Geikie Slide and the Hebridean Slope Nature Conservation Marine Protected Area, which is situated seaward of the Outer Hebrides to the west of Scotland. 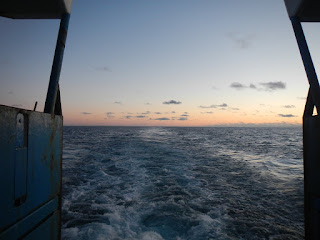 Leaving Geike Slide and the Hebridean Slope NCMPA in our wake 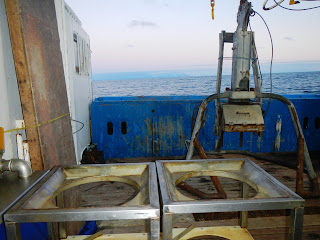 We have had a great few weeks out here and have collected a lot of really useful information about this Marine Protected Area. Thanks to the persistent hard work of the crew and scientists aboard, and our continuing good luck with weather, we will have  a comprehensive dataset describing the animals we have found (some of which have been mentioned and shown in previous blogs), and the seabed habitats which support them. This dataset will be used to help monitor change within this Marine Protected Area into the future. 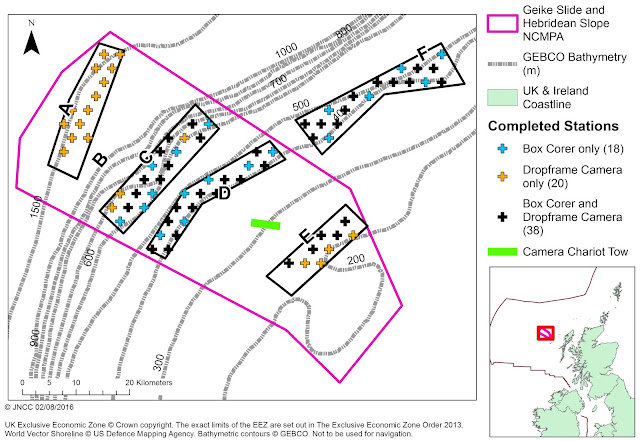 
We have also encountered fish, whales, dolphins and seabirds such as gannets, skuas, kittiwakes and puffins, and a seal; a sign of the productivity, and hence importance, of this site.

It is with many thanks to the captain and crew of the MRV Scotia and our Marine Scotland Science colleagues for all their efforts on this survey that we say farewell for now. Please check back with us next time for more seabed survey action! 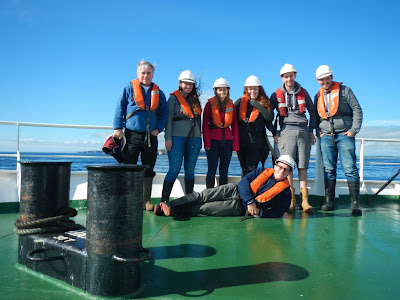