Weekend break for the ridge

After a rocky nights sleep we eventually made it to the Wyville Thomson Ridge at 01:00 hours on 27th October 2012. With relatively calm weather at dawn, calibration and testing of the on board kit began. This included lowering of the camera frame onto the ridge and testing the lasers and lights. A Sound Velocity Profiler was then lowered through the water column to find out the speed of sound at different water depths. This is very important to help us when calibrating the mutibeam system – a piece of kit that produces a depth image of the seabed and enables us to then pick out features of interest such as pinnacles and furrows. 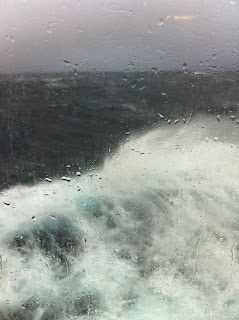 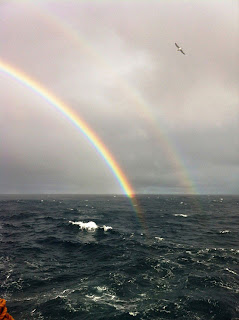 With the forecast not looking particularly encouraging over the next few days, we have decided to focus on using multibeam to generate a picture of the seafloor bathymetry in the northern part of the Wyville Thomson Ridge study site on a relatively shallow part of the ridge at c350m. This is in the hope that there will also be time to get some video and camera tows included in the same area before the bad weather arrives.

The majority of Saturday and the early hours of Sunday morning were spent multibeaming the shallow part of the ridge feature. Despite the fairly rough sea conditions, the pictures on screen were of reasonable enough quality and resolution to help guide the decision on which areas might be of interest to collect data using towed video and camera transects. 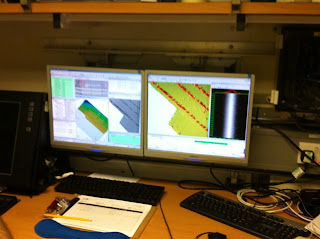 At 08:00 hours on 28th October we deployed our first towed video transect. Attached to the frame was a HD camera, supplied and run by Plymouth University PhD student Rebecca Ross. This was the camera’s first outing and is already starting to produce results.


In five hours we had three transect lines worth of data, but the bad weather came creeping back halting any further progress today. Fingers crossed for another weather break soon! 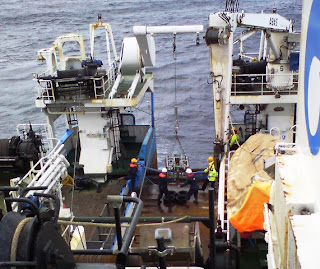 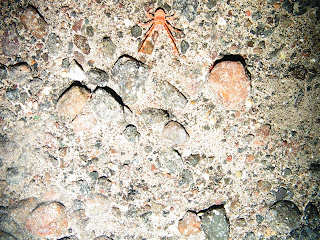 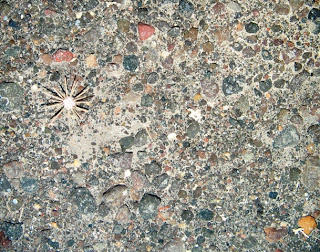