Swap your flip-flops for some steel toe-capped boots, we’re going on survey!

As summer pushes on, it’s that time of year again for a joint survey between JNCC and Marine Scotland Science. Survey staff will live and work on the research vessel MRV Scotia for 26 days in the Scottish offshore waters. The joint team plan to visit the Faroe Shetland Sponge Belt Nature Conservation Marine Protected Area (NCMPA), Wyville Thomson Ridge Special Area of Conservation (SAC) and Rosemary Bank Seamount NCMPA. The purpose of this survey is to continue to add to our monitoring efforts to understand more about these important sites and provide sound management advice. 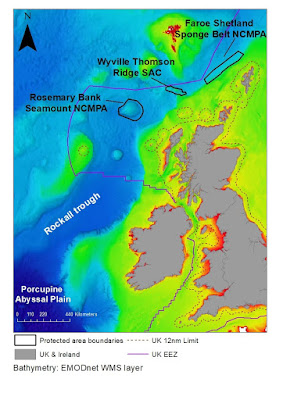 Figure 1: Location of the sites to be surveyed

The Faroe Shetland Sponge Belt MPA has multiple protected features including deep-sea sponge aggregations and the bivalve, Ocean quahog (Arctica islandica). It is the largest of the three sites the team plan to visit, at approximately 188 km in length, and is located on the Scottish side of the Faroe-Shetland Channel. 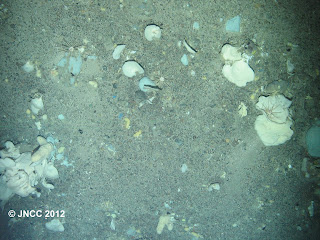 The Rockall Trough carves around the western edge of the United Kingdom and Ireland, opening out into the Porcupine Abyssal Plain in the south and meeting a series of features in Scottish offshore waters in the North. Wyville Thomson Ridge SAC represents a rocky plateau to the north-east of the Rockall Trough. The site is home to extensive areas of protected stony reef, which in turn host diverse biological communities including sponges, soft corals, beds of feather stars and sea cucumbers, to name a few. 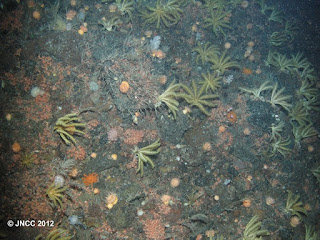 Figure 3: A section of reef from the Wyville Thomson Ridge SAC, dominated by the feather star Heliometra glacialis

Rosemary Bank Seamount MPA is also located to the north-east of the Rockall Trough and is an extinct volcano, taller than Ben Nevis. Seamounts are characteristically hotspots of marine life due to their conical shape and the related effects on local currents which supply the feature with nutrients. Rosemary Bank Seamount MPA has rich communities consisting of deep-sea sponge aggregations, a variety of coral species and deep-water fish, such as orange roughy. 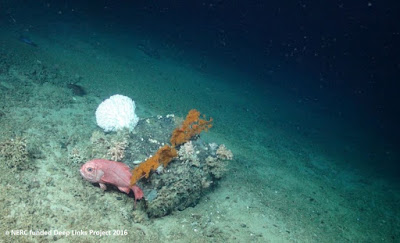 To gather further information about these sites, the team will use a variety of sampling equipment. Video tows and drop-cameras will be used to collect live footage and high-resolution images of the seabed and its inhabitants. The survey will also use a Hamon grab to take samples of the seabed for particle size analysis of the substratum and identification of the animals living within the sediment.

Survey Fun Fact:
The Wyville Thomson Ridge was named after Professor Sir Charles Wyville Thomson. He had a decorated education in Natural History before being granted permission from the Royal Navy to modify and use one of their ships, HMS Challenger, to explore the underwater world. During the 1870s, the Challenger Expedition achieved ground-breaking work in marine science and is considered by many to be the flagship of oceanography. Read more here:
Undiscovered Scotland
Challenger Society