Onwards to East of Haig Fras

The Cefas Endeavour arrived at East of Haig Fras Marine Conservation Zone (MCZ) at 1am on the 16th May. In contrast to the large bedrock reefs of Haig Fras SCI/cSAC (see blog post), previous surveys of this site have shown that it contains a complex matrix of different sediment types including: rock, sand and mud, as well as coarse and mixed sediments. We planned to carry out 10 minute High Definition (HD) camera tows with still images captured at 30 second intervals and take grab samples using the Hamon grab. At stations that were predicted to be potentially rocky or containing coarse sediments (therefore not suitable for grab deployment) we used the drop camera first to make a visual assessment of the seabed type. It then fell to the scientists to make the final decision as to whether it was a suitable area to deploy the Hamon grab. 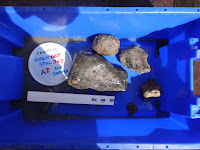 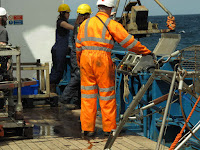 a) Example of the occasional ‘No Sample’ where not enough sediment was retained to produce an adequate grab sample and b) deploying the Hamon grab on the Cefas Endeavour.

Despite all of our best efforts in predicting grab-able habitats, sometimes up to three attempts were required to obtain a sample that was adequate for both particle size analysis (a procedure used to determine the size of sediment particles) and infaunal taxonomic analysis (the identification of species living in the seabed).

After long days spent monitoring the video feed from the camera frame, the survey team were happy to get their hands dirty by sieving some sediment! 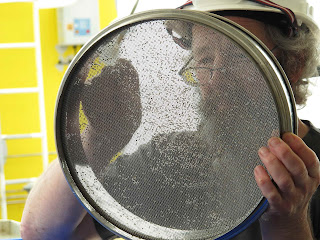 Sieving seemingly endless grab samples requires something of an obsession with marine life; fortunately being on survey is one of the best parts of being a marine scientist! Here are just a few of the species we managed to collect in our samples. 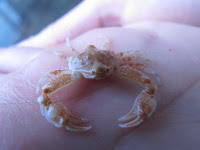 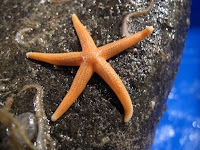 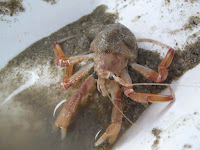 Moving away from the obsessions of the slightly eccentric JNCC marine scientists to what this survey hopes to achieve in the broader context. East of Haig Fras was designated as an MCZ in 2013 under the Marine and Coastal Access Act (2009) for three protected features for which the conservation objective is ‘to remain in, or be bought into, favourable condition’. This survey forms part of a longer term monitoring strategy that will assess the change over time of seabed communities in the area, to ensure that the UK continues to work towards conserving these important habitats. Although it seems hard to appreciate (especially when you’re struggling with the Hamon grab at 4am!) each sediment sample collected will be processed, analysed and help to form high quality evidence used to inform environmental decision making at both local and national levels. 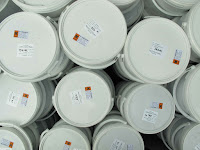 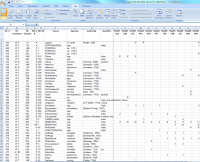 It took the survey team a further 10 days to collect the 308 sediment samples and 138 camera tows at East of Haig Fras MCZ but we successfully carried out all of our planned activities within schedule. We even had time left over from contingency planning to return to our first sampling site, Haig Fras SCI/cSAC and re-do some of the camera tows that were initially undertaken in bad weather. Just enough time to sign off with a cheesy day-shift team photograph taken in front of the bridge! 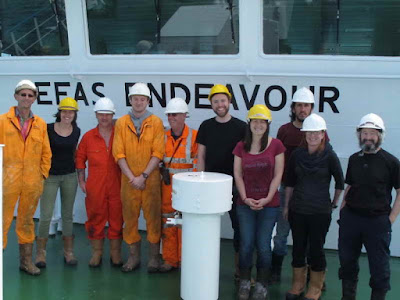