We have now moved into our third survey area on the Dogger Bank and we’re making good progress despite the best efforts of the North Sea weather, which has certainly picked up a bit from what it was. 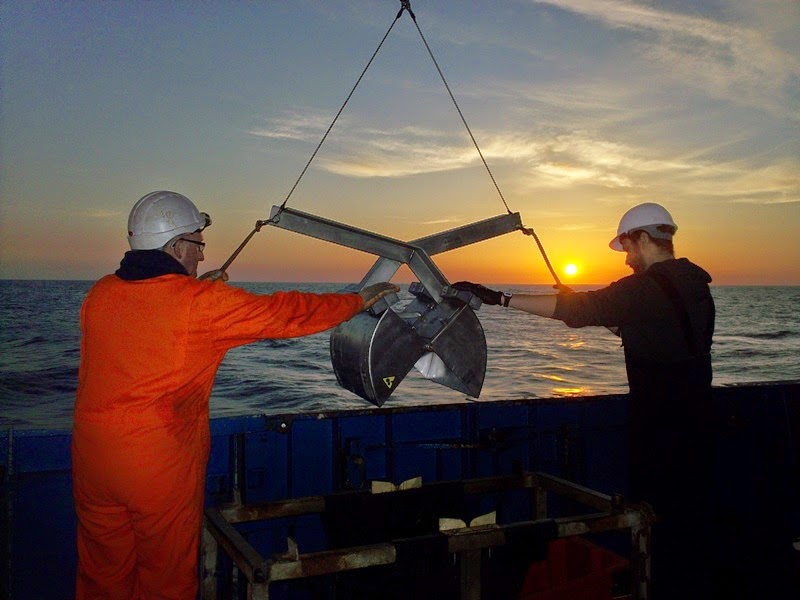 During our sampling so far, we’ve found lots of interesting sea floor animals including several starfish, flatfish such as the lemon sole and dab and various species of crabs and shrimp. We also happened to pick up a few animals that live in the water column above the seabed, including a few little cuttlefish which we couldn’t resist photographing. 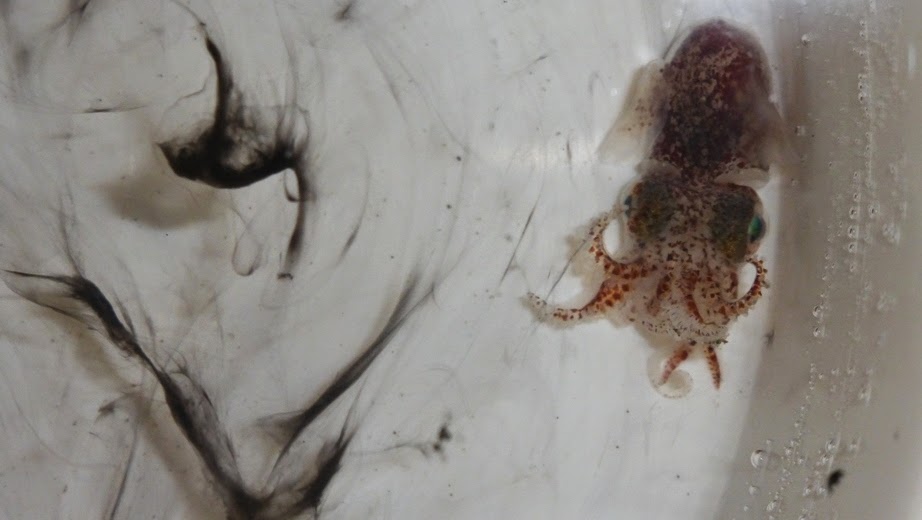 Working at sea has its risks, but you might not expect to face much danger handling the innocent looking creature pictured below. This is a bryozoan called Sea Chervil (Alcyonidium diaphanum). Bryozoans are a collection of tiny animals called zooids all living together in a colony. They often resemble plants more than animals and ‘bryozoa’ actually means ‘moss animal’. Each individual zooid looks like a tiny sea anemone, often having a ring of tentacles surrounding its mouth. 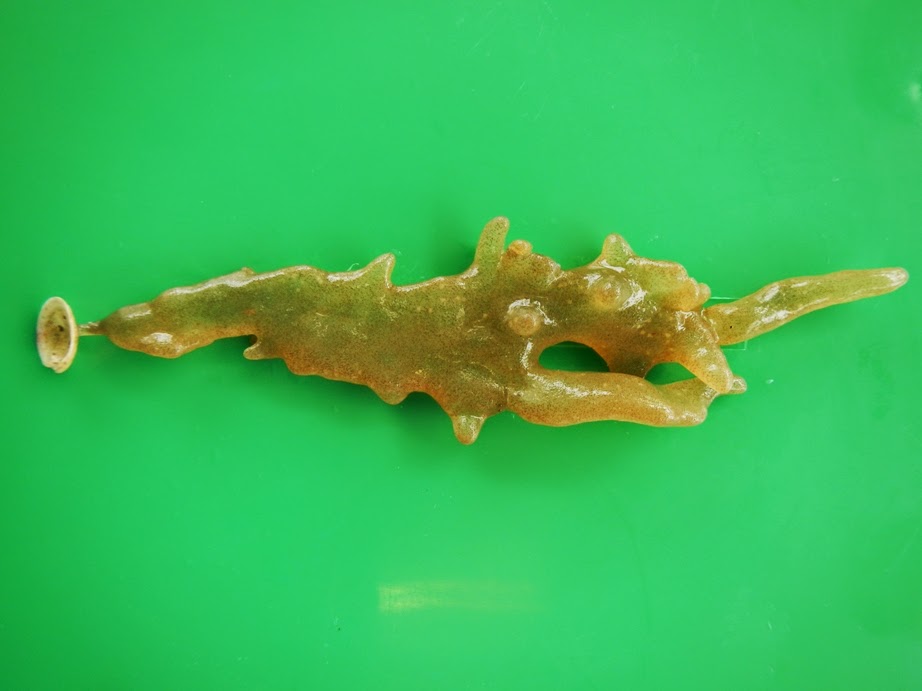 This particular bryozoan is said to cause the dreaded ‘Dogger itch’ when handled by unsuspecting fishermen (or scientists!). The Dogger itch is caused by a hypersensitivity to the sea chervil and can give you a nasty weeping rash which can last for months! As scientists we often like to get up close and personal with the animals that we collect; feeling their textures and looking closely at their characteristics. We’ll certainly all be careful what we touch after handling these specimens though, even with gloves on!
Posted by Hayley Hinchen at 17:53